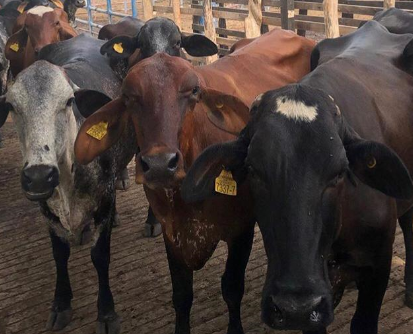 Origin: The Girolando breed is the result of crossing the Gir and Holstein breeds. It is a breed well known for the rusticity inherited from the Gir and for the dairy production from the Holstein. It is responsible for 80% of milk production in Brazil, this being the main factor in the choice of this breed for export. It went through varying degrees of blood, but has been standardized in the following breed pattern: 5/8 Holstein + 3/8 Gir which make it a very productive dairy cattle breed, perfect for hot climates.

History The first information about the appearance of these animals dates from the 40s of the 20th century. It arose from the desire of a group of Brazilian farmers, who began to practice intensively the crossing of the Gir zebu breed with the Holstein, seeking that the two breeds complement each other, that is, they sought to combine rusticity (Bos indicus) and productivity (Bos taurus). At present, the Ministry of Agriculture of Brazil, together with the representative associations, have drawn up the norms for the formation of the “Girolando: tropical dairy cattle” in a scheme that is as follows: 5/8 Holstein + 3/8 Gir, having become a priority for Brazilian livestock. The first crosses of the Holstein breed with the Gir breed in Brazil arose in the 1940s with the aim that the animals born from the crosses between these two breeds would ally the high milk production capacity of the Dutch cattle and the rusticity of the Gir race. The products of this cross were noted for their excellent productivity, high fertility and good vigor. Due to these virtues, the practice quickly spread throughout the country, and in a short time it was the predominant livestock in most of the Brazilian pens. Some say that crossing came about by chance when a Gir bull covered Holstein cows.

Characteristics of the breed. The reproductive efficiency of the Girolando is its strong point (short service period, ideal calving interval and higher number of calvings per cow), because we know that fertility is better when the animal is in its ideal climate. Longevity, fecundity and precocity are well evident in the Girolando, virtues inherited from the Gir and Dutch, resulting in optimal lifelong production and a large offspring, which normally starts at 30 months of age (age of the 1st offspring), the peak of production Milkmaid reaches 10 (ten) years, and produces satisfactorily until 15 (fifteen) years of age. It adapts very well to any type of handling, having excellent performance with mechanical milking and without the presence of the calf at its foot. Apart from the Girolando calf, it is born with an excellent weight of an average of 35 kg, it has an optimal growth speed, with good genetic attributes inherited from the mother. Another outstanding characteristic of these animals is the skeletal conformation, with a good ratio between the length and thickness of the bones, providing a uniform distribution of fat. Females have a certain angularity and males have strength and breadth in their skeleton.

Its ability to self-regulate body temperature, its muscular and skeletal conformation, its straight and strong legs, its grazing habit, its ruminal capacity, etc., are conditions that give it great resistance and adaptability even to difficult environments. Useful life.

fertility and precocity are very evident in the Girolando, virtues that are derived from an excellent production and a numerous offspring, which normally begins at 30 months of age (1st. Breeding), the peak of production reaches ten years, and it produces satisfactorily up to 15 years of age.

The milk production system is highly influenced by “Extra Genetic” factors, the priority of the producers is based on real elements of productivity or in the search to reduce the maximum cost of production. It produces satisfactorily over grazing and manages to make good use of low quality forages. The average production per lactation is 3600 kg (two milkings a day) in 305 days, with 4% fat, accumulating throughout life a production of over 20,000 kg of milk, which normally begins at 30 months of age. age. Their average lactation period is around 280 days, with the peak of production between 30 and 100 days, with an optimal milk persistence.

The fattening of Girolando males in confinement can be practiced safely. That is one of the great advantages of the Girolando, obtaining an average gain of more than 1 kg / day. Females express a certain angularity and males show a certain width in the carcass. Girolando’s grazing performance is also enviable in all productive phases: breeding, rearing and fattening.

The Girolando calf is born with an excellent weight (35 kg on average), the docility of its mother, together with other maternal abilities, makes this breed the most used as embryo recipient. It has an optimal growth speed, attributed to the ability of the mother to breed and the vigor of the offspring (Genetic Heritage). 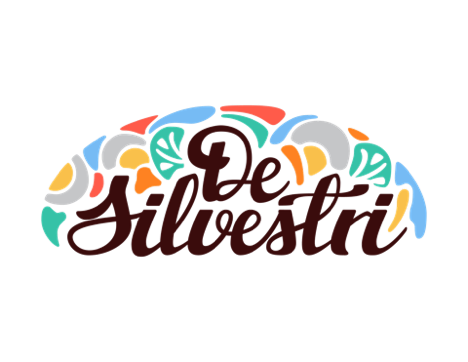 From the farm to your table